Unpacking binaries is a common thing in malware analysis and binaries in CTFs. I used to put a breakpoint just before the unpacked was called, dumped the memory and analyzed it, but this comes with a lot of disadvantages (I still do it though.). In this post, I’ll show how I unpack binaries using IDA with its script engine in Python.

Quick look on the binary

The context of the binary is a simple challenge where the user enters an input and the binary validates it. I made a simple custom packer that xors a blob of data and jump into it right after. 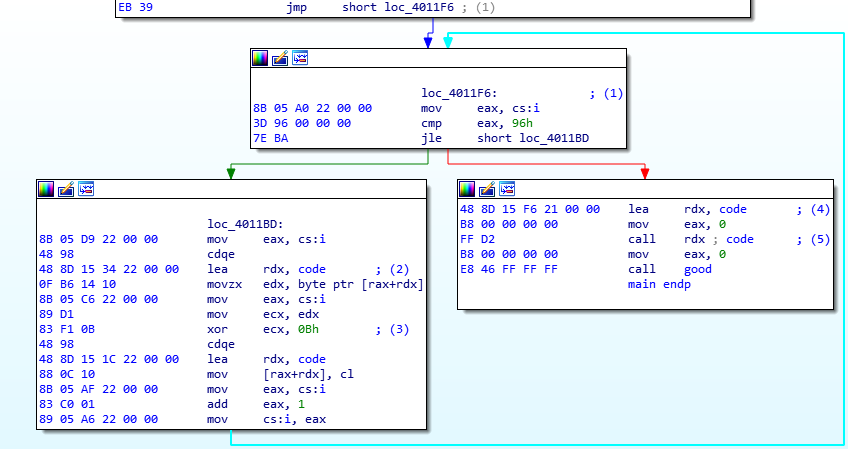 One could put a breakpoint just before call rdx, dump the memory and analyze it, but we are here to unpack it using IDA.

IDA supports scripting using Python and IDC. This can be done via File -> Script Command or SHIFT + F2. Running the following script will do our unpacking:

Looking at our code blob, we can confirm they have been patched. 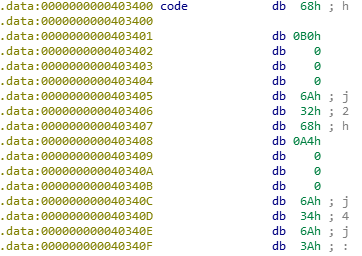 Now that we unpacked the code, we can tell IDA to disasemble it. This can be done via Edit -> Code or by pressing c. 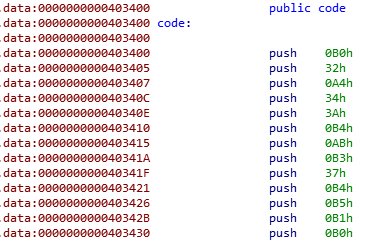 Having this in a function where we can analyze it with the Graph View would help. Pressing p will create a function. Finally, pressing the space bar and we get this: 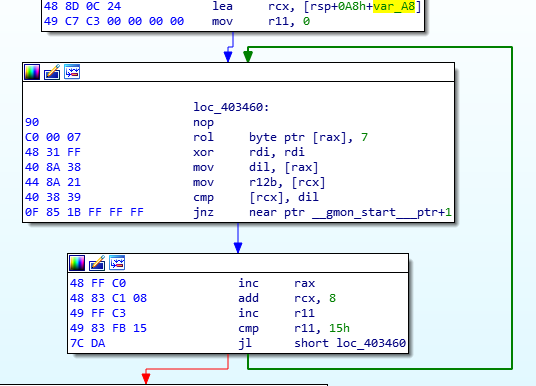 IPyIDA is a pluging giving us an IPython console, which is way more conveniant than the script command window. I highly recommand to check it out: https://github.com/eset/ipyida.